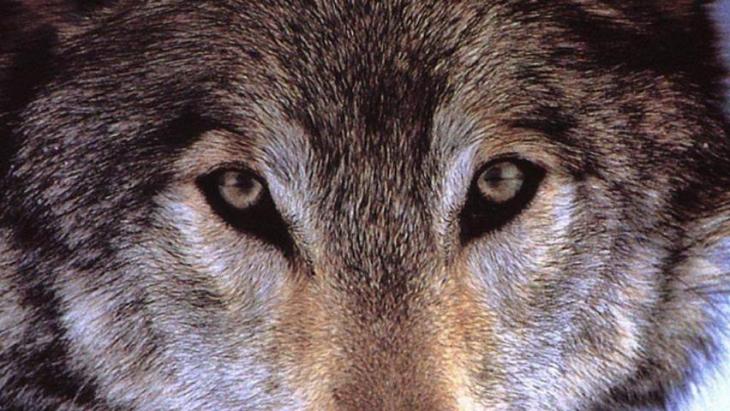 When I was 19, my grandmother died. She was my stepfather’s mother, and I didn’t know her very well. She was kind, sometimes funny. She was sick the entire time I knew her, and she lived on a farm in northern Wisconsin.

It was a Christmas tree farm, or at one time, it had been told that when it grew up, it was going to be. In his exuberance, my stepfather had planted hundreds of pine trees in neat little lines with service roads that led everywhere on the 40 acres this farm took up. But a few years later, he realized he now had hundreds of pine trees to shape, and he lost hope. The saddest Christmas tree farm in Wisconsin was born, and it became the grandest pine tree forest ever grown, neat little Prussian lines of trees as far as the eye could see.

When I went to that farm to say goodbye to my grandmother, it was November in Wisconsin, with walls of snow and a frigid cold so intense as to rip away the face. The trees were dangerous. We were told many times not to go into the trees, not to tempt the wilds of nature, because that farm was so far away from civilization that the beasts outnumbered the men in that country. It was wild and deadly, and we knew better than to go out there after dark. But I was 19. My parents’ hold over me was tenuous at best, and after the funeral, I needed some air. The rest of the family packed it in. The house was dark, and I stepped out into the wild…just for a walk.

The snow was up to my knees. I stuck to a service road, unwilling to get bogged down in the rows of unruly and monstrous pine trees. The road went deep into the heart of the land until it came out the back of the forest to a great bowl of cold earth, devoid of trees, where one could witness the night sky in its glory.

Out against the last tree I found a stool. It was set against the trunk of the final madman Christmas tree, where one could sit and stare out at the horror of the Wisconsin winter. I sat and I stared up at the sky, fighting to make sense of the constellations and trying to figure out what had brought me out there in the first place. There is a cold that steals sound, a cold that takes away the ways of the world. This cold makes the wilderness desolate. It makes everything lethal.

I have no idea how long had gone by before I heard something. Time had stopped making sense; cold does that, too. But when I heard the snow crunch on the other side of the service road, everything stopped. The sky stopped. The moon pulled close to watch. The stars paused to see what was going to happen. With the natural world coming to rest, I heard the paw crunch again.

My head turned, my neck creaking like an old door on my shoulders, as I looked into the darkness under the trees and saw the shadow of a winter wolf. I don’t remember its eyes. I’m not sure whether I could see them. I remember the sight of its breath frost from its open mouth as it looked at me. Then, behind its shoulder, I saw the same breath. Another wolf stared at me. I could see the eyes of this one. They reflected, but not like a mirror. They shined like a flash of lightning against the sky. Behind it, there were more and more. Six, seven, eight wolves of the Wisconsin winter, waiting and hunting.

Fear, real and terrible, gripped me. I looked up the service road to the nothingness. I could not even see the smoke from the house and, with the knee-deep snow, I knew I would never make it. It hit me then: this is how I die.

A thought struck me like a hammer strike. This is a good death. I thought of my friend Scott Tyson at that moment, thought of Joey McGuire, and I realized they would stand at my funeral with the knowledge their friend had died by wolf pack.
“Do you remember Jesse Teller?”
“How can I forget that guy? Wasn’t he devoured by a pack of wolves?”
My life had been brief but my death would be a thing of myth.

I pulled down my scarf. I exposed my throat. I closed my eyes, and I waited to die. How long I sat there, I could never tell you. But at some point, I realized I was not dead. I opened my eyes and, right there in the snow, bare and naked as my fear, sat the paw prints of wolves. They had walked right up to me. They had looked at my exposed throat and they had paused, but they had left me untouched.

Right now, I am staring down the barrel of a Kindle Scout campaign that will decide the fate of my book Liefdom. I am terrified, so scared that I can barely make sense of it. I have everyone watching—every eye on me—and I might fail.

When I think of my possible failure, it reminds me of that night. What a way to fail! If I’m going to fail, I will make such a failure of it. Everyone I know will say, “Do you remember that writer Jesse Teller?”
“Oh man, how could I ever forget that guy? Did you see how much he put into that campaign?”

I’m in the bitter cold again. Things don’t make sense out here. All I can do is expose my throat and close my eyes.

One thought on “Exposing the Throat”