Melissa A. Joy is a new fantasy author who challenges the conventional expectations of fantasy and takes them to a whole new level. It is no secret that she believes in the existence of all things fantastical, and that anything is possible.

She began building the world of Aeldynn and started writing seriously aged approximately 13, and has since developed it into something truly magical worth sharing. From the glorious winged Drahknyr and wise and fearsome dragons to pirates of the high seas and a world rich with history and lore, her imagination could be said to be limitless.

When she isn’t locked in a reverie about what’s going on in the world of Aeldynn, she’s probably out sailing the high seas on a tall ship, or perhaps dressed up in costume at an anime convention.

I began writing stories ever since I learned how to read and write. It was when I was roughly 13 years old that I felt I had something to offer, and my imagination was so vast I’d already laid the foundations of an entire world. For me it was a colossal deal; I couldn’t ignore it. From then on, I knew that if there wasn’t a future for me in writing fantasy and having at least some success in it, there was nothing significant out there for me. That’s how powerful a feeling it was – and still is.

Reality as we know it is usually mundane, is it not? I’m always seeking adventure wherever I can get it. I sail on tall ships (indeed as crew – it is possible to do this without previous experience) as a hobby when possible, and love visiting new places when I get the chance. There’s only so much of everyday life I can take without feeling trapped and bored. Fantasy has the ability to take us out of our own world an into another. I don’t need a scientist to tell me that everything that hasn’t been discovered yet (if ever) is merely a figment of my imagination; I think pretty much anything is possible. The prosaic constraints of literary fiction fence in the imagination; like a wild horse, all I want to do is be free to run wherever the heck I please without anyone to stop me. 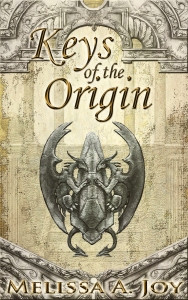 There are actually a few main characters, so regarding each of them in turn:
* With Zehn – contemplating the meaning of life and wishing you could both be in a tavern drowning your sorrows.
* With Larkh – discussing how much trouble you’ve both been in, and how you plan to escape that room.
* With Melkhar – you’d be trying to figure out how to strike up a conversation with her while she broods.
* With Arcaydia – answering multitudes of personal questions; even the ones that haven’t been asked yet.

4.You have unlimited money to buy a gift for your main character. What would you buy?

Again, since I have a few main characters (and unlimited money so cost matters not):
* For Zehn – Stress balls.
* For Larkh – a year’s supply of Tourenco Dark (rum).
* For Melkhar – an infinite supply of keillir tea for all those endless years.
* For Arcaydia – a supply of powerful crystals with which to channel and meditate.

5.When you are writing, tell me about the emotions that are running through you and what it takes to work alongside them.

I have a deep connection with the world and all the characters I relate to in some way, so much so that if something terrible happens to them, I end up experiencing some measure of their anguish myself. The right kind of music always conjures cinematic imagery, so that really adds to the depth of feeling and assists me in immersing myself into my craft. I think it’s very important that authors try to immerse themselves into their world and characters as much as possible, because we always want to care about those we read about, right? I think the quote by poet Robert Frost says it in a nutshell: “No tears in the writer, no tears in the reader. No surprise in the writer, no surprise in the reader.”

I am a creature of habit; once I am set into a routine, it’s extremely difficult to break me out of it. When I am at home, unless I have something specific planned in advance, I will write every single evening from approximately 8-9pm until at least 11pm – yes, that usually includes Christmas day as well. If I am away, however, I just can’t write. I may still gain inspiration from a variety of sources, but I cannot sit down and write when I’m not in my own personal space with my headphones on and appropriate music playing. As for word quotes and page goals, I don’t it. I can’t. Sometimes I can sit at the laptop for 2-3 hours and only get one sentence out. I’m so meticulous about getting my story right first time (before the editing and proofreading) that I’d rather write less words and get it right than write thousands of words and end up having to scrap huge chunks of it.

7.Everyone has at least one specific challenge that holds them back. What is that challenge in your work and how do you overcome it?

I am so meticulous about getting the story right the first time I write it that I often end up not getting a great many words written in any particular writing session. I believe that’s one aspect of how having Asperger Syndrome affects me, but it does mean that when I’m done, all that’s needed is editing and proofreading. If I need to make any structural adjustments, I’ll do it as I progress.

8.If you could change any one thing about the writing industry, what would it be?

That traditional agents and publishers take more interest in indie authors looking for traditional deals. It shouldn’t matter if an author has already published a book; that book can always be unpublished and the rights given to the publisher. I’ve also seen as many badly written traditionally published books on the shelves of high street bookshops as those that are self-published (I’ve even wondered if some of them had any editing or proofreading work done on them at all), so it gives me cause to wonder what the big name publishers are really thinking. Trying to get one’s name out there as an indie author can be soul-destroying, so I think more opportunities are needed – have you seen the prices of literary festivals? Not all writers have trees on which money grows.

9.You’re going to go back and visit yourself when you first started writing, at whatever age it was, and you can give yourself one piece of advice. What would it be?

Your writing is nowhere near as epic as Tolkien or even worthy of print at such a young age, and editors and proofreaders are absolutely, positively, 100% necessary. I was about 13 years old when I began writing seriously, and despite reading a lot of information about editors and proofreaders being necessary, I didn’t think so at the time. I was also convinced my writing was pretty darn good back then. Time and wisdom thankfully proved otherwise.

10.What piece of art, that is not writing, moves you?

If you mean which of the creative arts then I would have to say music. Without the right piece of music playing, I’m generally unable to write or even conjure imagery/inspiration effectively. There is always a particular mood, tone and emotion attached to the music I find inspirational.

11.What’s the most beautiful thing you’ve ever seen?

There are too many beautiful things I can think of, but one of the most prominent images that comes to mind as one who sails on tall ships as a hobby, is a tall ship at sea at sunrise or sunset.

Aeldynn of course. No question about it. My consciousness is certainly not of this world. I look at the state of this world and can’t help but wish I could jump ship and live in my own world.

Probably Tolkien; I think he takes description extreme levels, but it’s his world-building expertise and motivation that I’d be most interested in learning from.

Connect with Melissa A. Joy: