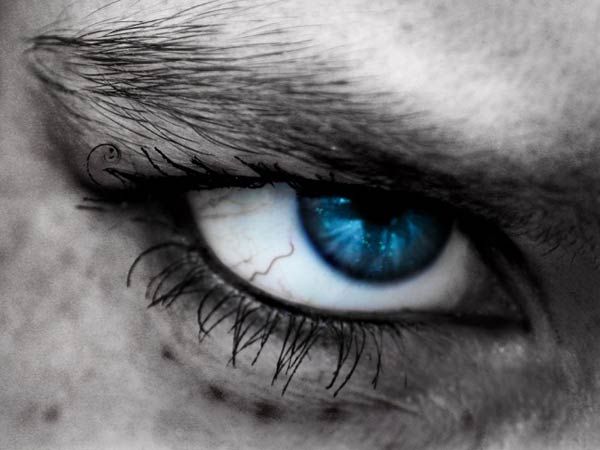 There were two groups. Mine and Glare’s. He drew people to him and held them. I know  he talked about me a lot. He spoke on my faults and railed about what a horror I was. But always there was a respect between us.

Glare was perfect. A sinister side of my coin. He was brilliant, creative. He was funny and charismatic. It was said of us once that if we could get past our issues we could change the world.

There were times when we would get along. One streak of about a month when we hung out together after school. We had a group of about three of us, Tony, Chanel, Glare and I that would ride together. Tony picked us up after school and we spent the entire evening together.

During those days Chanel was happy and at peace. She loved both of us. Longed to be in a group with the two of us in it. I don’t think she ever saw why things could not be better between Glare and I. But the reasons were obvious to me. We both lacked a thing, craved it and needed it to go on. We needed adoration. We needed to be wise and funny, needed people to value us and respect us. Glare and I both needed to bind them all to us, needed to feel the power of a group coursing through us. We were both empty. We needed to be filled with something we were not getting anywhere else.

One day I was steaming in the dark isolation of Harvard’s basement. I was gloomy and empty with two others kicking around down there and nothing to do.

We had decided to play Dungeons and Dragons but lost interest fast. We had decided on a movie but that didn’t fit right either. I had been bumping into things all day. Argument with my brother, hot words of anger with my mother. I had snapped at Chanel and Jammy. I had shoved Walleye. I had a general discontentment about me, a desire to break something, or at the very least humiliate it.

See, I am not the hero of this story. This story has heroes. Maybe Harvard and his lost love, his utter devotion to his friends and his need to give us a home. Maybe it was Chanel. That argument can be made for sure. Our group was a mess of broken dreams and half-cooked emotions. We were a splatter of angst, seeking love and a tender hand.

When I broke, I went to Chanel. She wrapped me in her arms and said nothing. She had small hands and arms, but they always had room for me. She had a way of breathing that soothed me, and she would just take me in and wipe my eyes as I cried. Every great idea I had came from talks with her. Every time I threw a fit she was there to calm me. She loved every one of us equally back then, was a mother to every soul that drew close to me or Glare. She was the calming hand, the gentle touch that held back our demons. Maybe she is the heroine of this story.

Maybe it was Katty and her wide-eyed stare. The only one of us who was innocent of the worst of it. The one of us that we all wanted to be. Maybe it was Walleye, or our genius Jammy. If you’re gonna look for a hero you have to search the corners and the back drop. You have to seek our true heart, the ones who stood back and watched. Because of all things about this group that are known to me, this one fact remains true.

Neither me nor Glare are the heroes of this set of tales.

“What are they doing up there?” I asked.

Harvard looked up at me and shook his head. “What do you mean?”

“Your brother and his friends.”

“And the Scruff,” Harvard snapped. Back then Harvard loathed his brother. The boy was considerably younger and smaller. He had none of the Viking build that Harvard was known for, and beyond this, I knew very little about him. The topic of his brother brought a growl out of Harvard, and this time was no different.

“They are playing DnD, I think,” Walleye said. “They are doing what we should be doing.”

“You think they know how to play?” I asked. I was known as the best Dungeon Master,  period. My mind and my ability to describe a scene, my story ideas and plot twists made my games legend.

“Glare is a good DM. They are fine up there,” Walleye said.

“You want to play with them?” Harvard said.

I thought of the game they must be having up there and I grinned. “Yeah, let’s go play with them.”

We rambled up the stairs and I knew we weren’t looking for a peaceful game. Walleye had no itch for a fight, but Harvard and I did. When we reached the light of the house and the pit of darkness was behind us, Walleye laughed a nervous laugh. “We ought to go back. They don’t want to play with us and I don’t think you guys want to play, do you?”

Harvard led the way into the living room and I followed.

“We are going to play with you guys,” Harvard snapped. “Make room.”

He waved his great arms wide and glared down at his brother. Glare looked at me and I grinned. He looked back with that impeccable smile of his, and he sat on the couch and waited to see what I would do.

Glare looked up at me, his expression never changing.

“We are going to play,” Harvard said.

Brett looked at me and Glare, looked at Harvard and Scruff, and he nodded. He looked about to panic when he spoke. “Sounds like fun, guys. Don’t you think, Glare?”

Harvard moved first. He kicked out at his brother, spraying dice in a flurry around him and upsetting them all. Glare’s face never warped or shifted. He stood and looked at me with calm eyes.

“We are just playing,” Walleye said. “Right, guys? We are going back downstairs, right?”

Harvard grinned down at his brother and growled. “Just playing.”

Scruff jumped to his feet. He ran and Harvard chased. I laughed at Glare. He laughed back. Death and mayhem played its way out between us. There was a need to show force. A need to put this kid where he belonged. “Just playing,” I said.

I shoved Glare. “Just—” but before I could say “playing” Glare moved.

They were taps. Nothing so brutal as a punch or a fist. It was an open hand, I think, a hand shaped to look like a blade that touched me more than struck me. I blinked and stepped back. I looked at his face, unable to register what had just happened. Still his smile, still his unwavering grin. But I stumbled back and looked up at Walleye, shocked.

He was talking to Brett, was not looking when Glare had hit me, wouldn’t have been able to see it if he had been. I looked back at where Harvard was, but he was upstairs pounding on a door, roaring for Scruff. I was the only one who had seen.

I was the only one who knew. That is, except Glare. He looked at me before nodding with his smile unchanging, and he looked back at Brett.

“When Harvard is done terrorizing Scruff we will continue,” he said. “They don’t want to play the kind of game we are playing.”