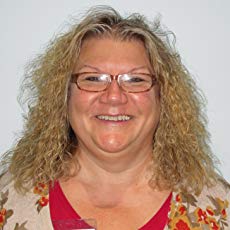 Sherry Perkins has worked as a licensed practical nurse for more than thirty-five years and has experience in psychiatric/addictions nursing, nursing-care coordination, and risk management. She earned a BS in health sciences from Campbell University in Buies Creek, North Carolina, and has spoken at public health functions on topics such as addiction prevention and treatment, prevention of teenage opioid deaths, and connecting patients who are resistant to treatment with appropriate services.

A mother of four, Perkins lives with extended family on the Delmarva Peninsula, where she enjoys collecting shells and sea glass; reading mysteries, science fiction, and fantasy; doing organic gardening; and following the Dave Matthews Band around the East Coast. At the End of the Rainbow is the first in a series of books inspired by a visit to Northern Ireland and a yearning to return there one day.

1.If you could live anywhere other than where you are, where would it be?

The beaches of Northern Ireland! A few years ago, not long after the death of my son, I took a trip overseas. I knew if I didn’t go then, I never would. I had enough regrets by far—not to change, not to start doing the things I had always wanted to do but kept putting off. It was quite spur of the moment and a few hours later, I was on the plane. Long story short, I found my way to Portrush, Northern Ireland. It was everything I thought it would be and more. It was, simply, everything I wished for. It’s also the place where I wrote my debut novel (another one of those things I had always wanted to do), At the End of the Rainbow.

2.If you could choose any other writer, living or dead, to be your mentor, whom would you choose?

It’s an even split, and an odd couple at that: Mary Stewart, a writer of romantic mysteries (she’s most known for her Merlin trilogy), and Robert B. Parker, a writer of mysteries and detective novels (he’s most known for his Spenser stories). Mary Stewart was magical; her stories had a fairytale quality about them. Parker, his stories are classic, tightly written mysteries. Their writing is truthful, and descriptive as well as evocative.

3.Do you have any regrets about the story you told? Would you make any changes to its telling or did you capture what you were looking for?

I wouldn’t say regrets per se. But once you see your manuscript formatted as a book, you understand exactly why your editors made the suggestions they did. I might have made the story shorter but I was trying for a lyrical, fairytale style—one that was in places repetitive (to reinforce the message/theme), and one that explored a different point of view (to illustrate the message—while it seemed to be unified—meant something different to each character involved). I also wanted the story to unfold in “real time.” That was best accomplished by showing characters might appear to be one thing but might be more complex. 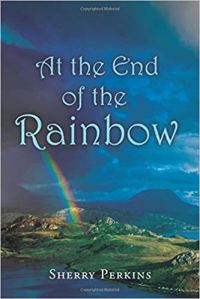 4.What are the things you’re most proud of in this book or series?

The character development, I think. Again, I like characters who are a bit layered, multi-textured. After all, we are many things given the circumstance and situation.

5.What element of this story can we expect in your future work?

More surprises from the characters. Who they really are. What they really want. What they would do to get it, and what happens after they do. Because it’s what you do with what you got that is telling.

6.Do you share any vices or habits with any characters in your book? If so, what are they?

Of course! Like Morgan, I believe overly much in the goodness of others. Or in believing that love cures all. It’s a habit or character trait that often has caused a lot of chaos for me, lol. But those are relatively minor vices. Hatred, jealousy and lust appear in my characters too—we’ve all had a brush with them…

7.If I were stuck in a room with your main character, what would we be doing?

Talking about your friends and family, what made you the man you became, what your hopes are. What are your hopes, Jesse?

8.Without giving any spoilers, what is the favorite thing about this book?

The quality of wonderment Morgan has for what is happening around her, and despite what it seems to be, her willingness to follow the clues—wherever it is that they lead.

9.Everyone has at least one specific challenge that holds them back. What is your challenge in your work and how do you overcome it?

The usual; that the story or my talent isn’t good enough. But I think, to get past that, you have to write the story you set out to tell and just tell it. Sure, there will be readers who don’t like it. Those readers aren’t “your” readers. Honestly, some negative reviews hurt more than others. Except if you don’t take what constructive criticism you can and forget the rest, then writing is not for you. It’s OK to mope about it for a little while but remember what you like about writing, and about the comments you hear from people who liked the story you told. REMEMBER WHO YOUR PEOPLE ARE! Write for them. Fantasy is a good example of that. Just because your genre is broadly fantasy, it doesn’t mean your sub-genre is well-liked, appreciated or understood by typical fantasy readers.

10.Why storytelling? What made you yearn to tell a good story, and how long was this story within you before it came out?

In my “day job” as a nurse, I do a lot of teaching, motivational interviewing, listening and care-giving. It’s hard work some days. Some days it’s fun and easy, both. There are many commonalities in the stories I hear; that touches me. I wanted to be able to talk more about that but in a way that allowed for exploration of certain topics in a format that encouraged it. Fantasy is a good way to tackle that. And I really, really like the idea that we are more alike than different from each other. This is corny, I know, but this story has always been in me. I couldn’t access it as fully until after my son died. It was important to me to do it when I did.

11.What is it about your genre that speaks to you?

See above, lol. I like reading stories that demonstrate our humanity. It’s easier to demonstrate that, especially when you contrast humanity with something paranormal. Besides, it’s always fun to throw a little magic into the mix, or a struggle for a kingdom!

12.If we reach beyond the written word into visual media, and you could choose how your story is consumed, would you want a television show, a movie series, or anime to tell the story of the book and the world it takes place in?

Television show, definitely. I appreciate the small screen, serial nature that my books would lend themselves to. The intimacy of small screen is also appealing. Besides, binge-watching a series is always fun. You pick up on the “Easter eggs” more quickly as you go through the episodes in rapid succession.

13.You are forced to pick a fist fight with one of the characters in your book. Who would you choose and why?

I did pick a fist fight with one of the characters in my book. I lost. But we both have the scars to prove it. Read the books—figure it out.