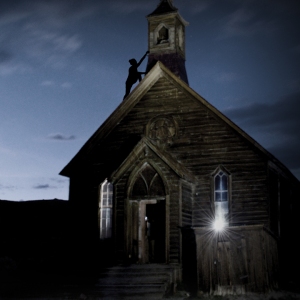 On October 5, 2016, my book Chaste will be released. It is already available for purchase on pre-order. It is going to come out in 15 days. There is no way to stop it, no way to slow it. It will be unleashed upon the world in a couple weeks, and I have come here to make peace with that, to find a way to ready myself for the onslaught of reviews and criticism it will receive, and in some way prepare myself for this beast being free to roam into the life of anyone who might be interested in it.

Chaste has a mind of its own, a mind dark and deviant, and it is my most terrifying creation to date. It scares me. It always has. It is too honest, too revealing to ever let anyone read it. It reveals all my secrets, and it will affect the reader. To what end, I do not know.

Chaste was written by a broken man. I wrote it in 2004. The four years before, I had delved into my past with a very intelligent, very capable therapist who was like a father to me. I had found a darkness that my mind could barely stand. I had found abuse in every form, abuse enough to bend and twist a man.

One day, I asked my therapist how bad it was. I had reached the point where I was beginning to think I was whining, that I was making things out to be worse than they ever could have been. I asked him how bad it was, and he picked up my file. By this point, his notes were grand enough to stand four inches thick, and he set it in front of me. He said these words:

“If I were to show this file to an FBI profiler, the question they would ask is, ‘How many? How many victims had this serial killer produced?'” He said he had never heard things like I was telling him. He said that it didn’t get any worse.

When you see evil, it gets in your bones. It was in mine. It was deep in me, and it had scarred me. It had stained me, and I never thought I would get that stain out. It had me in its grasp and I felt weakened by it, felt crushed under the weight of it.

I was in love and trying to make a life with a woman who cherished me. She knew it all, all the horror and the insanity, and she wanted me anyway. But I was stunted by the memories I had found, and I had no way of getting past it. Then I started writing Chaste.

I set out to write a fantasy novel. I had an idea. It was a simple thing, a concept that might take me through a whole book, might end after 50 pages. I didn’t know. I had never written a novel before. So I just got to work.

What came out of me was a horror fantasy.

There were broken characters. They were powerful and shiny, bright spots in the world, but they were locked up by shadows, past obsessions, and pain.

One of them mirrored my past in such a way that to write her was torture. She had suffered abuse and horror and had locked it away in her mind, as I had, for decades. She broke my heart and scared me more than a little.

There was a character on a quest for love. He was fighting to get to his love and had dedicated himself to being with her. But he had wars to fight before he could make it to her arms.

There was a deformed man, a man who had grown wrong. He hid himself from the world because he was a freak, and he was haunted by the things he would never be able to do, never be able to be.

They were all haunted and jaded. These, and many more, characters walked into a darkness that was all-consuming and fought to get free of it, to right it, to survive it.

When I wrote Chaste, I was insane. I was twisted and wrong, bent in a way that I could not see myself getting out of. I poured it all into that book—all my fury with God, all my loss and confusion, all my self-loathing and my pain. I put it all down, hammering out the worst I had, so that I might one day heal.

And heal I did. My woman and I built a world of happiness. We fought back all my demons and I found peace. I found love. I found hope.

And I believed her. I took it out, and I washed it up. I found that the thing I had thought dead and reviled is actually powerful and real. It has a message. It has a place.

It did for me.

2 thoughts on “Chaste: Book of the Broken”