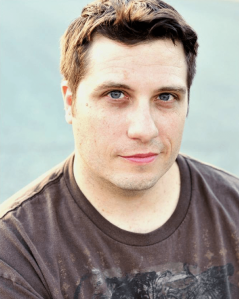 Jon Ray is a writer, director, and actor in film along with a large assortment of other titles when it comes to entertainment. Since the age of 13, he has played and enjoyed Dungeons & Dragons normally running his own games as the Dungeon Master for others. Originally, from Tyler, Texas in the U.S., Jon is a world traveler currently residing in Sydney, Australia.

From an early age, I’ve always loved a good movie. Something to take me out of the mundane and thrust me into another world, another life. My story of “Gorp: Goblin Janitor” came from the idea of what would it be like instead of following a human hero around, which is common, we follow a lowly goblin. This particular goblin Gorp, is tired of the raiding and pillaging villages in his homelands. He yearns for something more to life, something above his stature in life and takes the chance when he finds a job offer working as a janitor for a mad dungeon overlord in lands across the sea. I always like and root for the underdog, so these types of stories have been in me all my life. 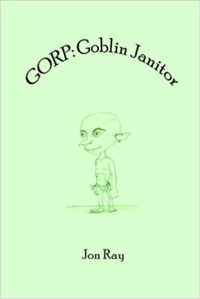 3.What character from your book fills you with hope?

Gorp the main character of my book is my favorite and fills me with hope. Where you would expect to find a greedy, seedy little green guy, you instead find a goblin that does not relate to others of his kind. He feels a deeper connection to humans inside, but must cover that aspect up as he is surrounded by common monster folks like himself.

4.Your main character walks into a bar. What happens?

Within the first two chapters, my character Gorp does walk into a bar. Without giving much away, he buys a drink as he enjoys a good drink and something basic to eat. Gorp is a foodie at heart, but has not known many dishes outside the goblin soups and meals of his homelands. In this case, he just needed nourishment after a long sea trip, but being in unwelcoming lands to goblins, he is forced to wear an old tattered brown cloak, with the hood pulled up to hide his green pointy ears and nose. For his hands he wears leather gloves to hide his identity. Through mishap, he finds himself at the center of a bar room brawl and runs for the door as everyone realizes they have a goblin among them.

5.What is the most fascinating thing about your main character?

The most fascinating thing about my main character is that he is a goblin, but inside feels more connected to the humans around him, yet must hide his identity to survive from those he feels connected to. Like all goblins are not bad, Gorp realizes that not all humans are bad either. In fact, his new employer the dungeon overlord is human. He also not only survives in the new world he is in, he excels and exceeds the expectations of those around him.

I wrote this book as part of my first NaNoWriMo (National Novel Writing Month) back in 2010. The goal was to write 50k words in 30 days. This was my first novel and trying to do it in such a short period of time proved to be a huge challenge, but I did it. I then sat upon the competed manuscript for 7 years before finally dusting it off, doing the edit and rewrite and finally getting it publish. I live by the word count when writing and usually try to write between 1,500 to 2,000 words a day. I write until I get my word count.

7.How did you find the time to write this book with your busy life? What ideas do you have on how others can make time in their lives?

You just must make the time and dedicate yourself to it each day. For me, I was writing everyday for a month and noticed it took between 1 – 2 hours each day to accomplish my word count, so I just blocked off that time at the end of my day after dinner. I was working a full-time day job when I wrote this book and had very limited time with other commitments, but it can be done with discipline. The main thing is to make it a daily habit and stick with it.

Procrastination! I think the hardest part of writing is sitting down and writing. When I wrote this book, I had a basic idea, but no clue where I was heading and discovery wrote my way through it. I have since learned how to outline my novels from start, middle, and end so I know the whole story in a bullet point outline of all the major plots. While writing the 2nd in the Gorp the Goblin novel series I used this method and the writing went much faster and I rarely ever had writer’s block. It also helps to have a map of where your novel I going to encourage you what you will be writing next, I just have to discovery write in between the bullet points of my outline.

9.If you could change any one thing about the writing industry, what would it be?

Publishing is outdated and the only thing that really stands between being self-published and traditionally published is the marketing. I would like to see a merger between traditional publishing with agents and representatives and self-publishing houses. In today’s world, agents expect the author to help with the marketing that self-published authors are expected to do, while keeping a high percentage of the profits. The volume is higher with a publisher, but that is no promise that you will break out and become a well-known author. Also, with a large part of the retail end being online these days, self-published authors have an advantage, while brick and mortar stores struggle to stay relevant. I’ve been a book lover all my life and really hope that bookstores do not go away, I just wish it was easier to find more variety in them.

10.You’re going to go back and visit yourself when you first started writing, at whatever age it was, and you can give yourself one piece of advice. What would it be?

For a long time, I never thought I could be a writer. When I was younger I had trouble with spelling and grammar was not my best subject. But I always loved to write and tell stories. I wrote many of short stories, which have since been lost to moving around. If I went back I would tell myself to write a full novel and try and get it published. I would also convince myself to make my own magazine for fantasy short stories and even if it meant running a mail order operation to give it a try. I would also convince myself to study harder with grammar and do just do it, instead of waiting must later in life to try and write. NaNoWriMo is what eventually got me to give it a try and a framework from which to build upon.

11.What piece of art, that is not writing, moves you?

Music, movies, fantasy miniatures, and video games all move me in some way. In fact, while writing Gorp: Goblin Janitor, I played Minecraft and created some of the areas in the world I was writing about in my novel within the game. It gave me a visual perspective to walk around in and from that my imagination of that scene flourished.

12.What’s the most beautiful thing you’ve ever seen?

Driving from Queenstown, New Zealand to Milford Sound, New Zealand along highway 94. This area is the same area that a lot of scenes from Peter Jackson’s “Lord of the Rings” was shot and to be there in that environment is something that just can not be captured in a picture or film. I felt humbled and euphoric standing in some of those places along that route and it to this day is one of the most beautiful things I’ve ever experienced. Of course, I was playing the soundtracks from all of the Lord of the Rings movies to give it that extra emotional feel.