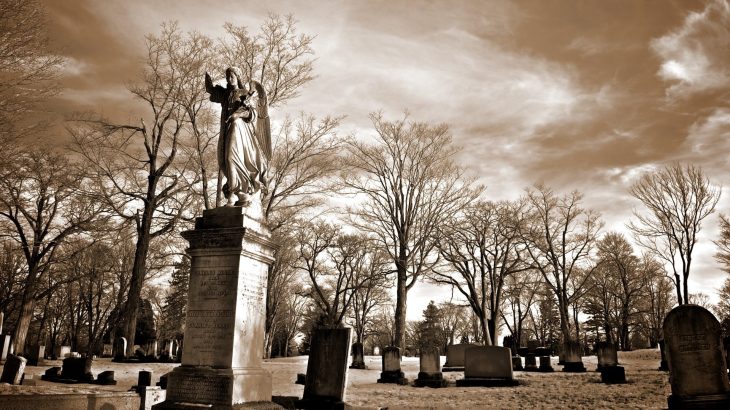 Guardian was always there. He had been created for a purpose, crafted with one goal in mind. In his desperation to keep his cherished daughter safe from harm, my father had trained the ultimate protector, the bodyguard for the one thing he loved.

All of his existence, Guardian had spent watching for danger for this one person. Emotional, physical, and mental distress was aggressively sought and fought to keep this one girl safe. And when she vanished from our lives, there was no purpose for him. He was a ronin, a warrior without a master, a man displaced with no focus and no purpose. He turned his attention elsewhere. He began seeking those in pain, those in danger, for him to save.

Truth was one such person. There was nothing so violent as physical abuse that she suffered. Nothing so horrible as abuse, but she had been in danger one day and he had seized the opportunity to help her.

She stood at her locker as a boy spoke to her, loud and boisterously. Guardian stood in the hallway watching. It was before class, after a cold walk through wintry weather, and he fought off the cold in a school with bad heating at a radiator in the hall. He sat on freezing hands staring as the situation grew.

She kept her head down, her eyes scanning the locker as the boy aggressively berated her. Guardian felt it coming. Years of protecting his sister had honed his senses to a fine edge. He felt the reach coming, and when the boy reached out to grab her, Guardian was there. He stepped in front of her, looking the boy in the eye, and smiled. He held one hand to his side to shield her, and the other he held out, barely touching the boy.

“Whatever it is you have to say, say it when you calm down.” Guardian spoke in low, soothing tones, in a way that added no animosity to the situation. This boy stomped away and Guardian said nothing. He walked away, slipping into the classroom before she could speak, before she could say even a single word. He disappeared into the crowd and left her there.

They had a class together. At the end of the day, the two of them and fifty other kids had a choir class, and from across the room, they stared at one another.

She had a quality to her. An elegance that could not be overlooked. She was stately, a girl who, in another time, would have been a noblewoman. Her hair was dark, her face pale. She had a way about her that spoke of kindness and intelligence. Within the span of one class, from across a room, Guardian had given his heart to her.

At the end of the class, he rushed away. He did not want to talk. Did not want to hear the things she would say. Because he could sense within himself a demon intent on hurting anyone that drew close. Anyone he reached out to would be within this demon’s grasp. He knew not Shadow’s name, but he knew his work.

For there was Mary, a girl who had at one time been sweet, a girl who had at one time loved us, who now had lost her mind with obsession. We had begun dating the year before. Her parents had despised us and worked to drive a wedge between Mary and I. With minds bent on heartache, they had sought to rip her from us, and after a weak struggle had succeeded in their endeavor.

Shadow had grown to hate her. His heart had been broken by the constant attacks, and time after time, he had shattered her. Had chipped away at her pride, had severed ties with her. But within us all was a desperate need for her. A craving to be loved by this girl that we deemed better than us. And when Shadow dropped her, we rushed to pick her up. After time and again breaking her heart, we had decided that within us was a hard spot. A darkness that knew no love, that knew no end, and with that darkness gaining power, Guardian did not allow himself to go to this noble girl, Truth.

Shadow caught wind of her. She came to him and tapped him on his shoulder. When he turned, she smiled and he licked his lips, his jaws salivating for this new meal.

“We need to talk.” Her voice was summer in a winter storm. “The other day, with Thomas, you didn’t have to do that.”

Twitch and a sigh and Shadow was gone. Out came Guardian and bowed. When he showed, he saw her eyes widen, saw her face shift. She stared before shaking it off.

“You had the situation under control, I’m sure. I was not needed, but I thought maybe I could help. For his sake.”

“I did not wish for him to embarrass himself,” Guardian said. “I had no doubt that you could defend yourself.”

“Well, thank you anyway. My name is Truth,” she said. “You are Jesse?”

“I am, and I am at your service.” He had that way about him then. A way of saying an ancient thing, a thing from a bygone era, a way that had died within men long ago.

She said nothing at that. She could only smile. She could only giggle. Before she turned to go, she hugged him, and then to the other side of the class, she retreated. They sat all through the class singing to one another. But her eye was keen and she watched. She noticed, and she marked.

Shadow caught wind of her. He could see from across the room that she stared. He could see her interest and he grinned at her in that way he had. He performed for her. Laughing at what was said to him and shaking his head as he looked at her. From the bass section he flirted with her, and she with him, and always she watched. Always she paid heed.

It was a month later when she came to us with a proposition. She asked us blatantly if we could see her after class. She was bold and vital about it, a power we had not seen in her came forward, and in the face of that power, we were helpless to do anything but agree. She stood watching us while other people talked, and when Guardian came out to bow and smile, she nodded and walked away.

We bundled, for the wind was harsh, and we walked away from the school into the town to an unknown spot. A home for our affections that we had yet to lay a stake to. As we walked, we neared one another. Our arms brushing, our fingers tingling as we touched for brief flashes.

Truth had not much to say. She goaded us into talking, asking questions about things she had found out about in her studies. For make no mistake about it, Truth had studied us. She had asked around. She had kept her ear to the ground. She had watched from across a room, and she had compiled her information. She had a theory she had to test. An idea of a thing she had seen in our eyes and our behavior.

We walked for a long time. Up the road and away. She took our hand and led us away to a cemetery, old and forgotten, where the dreams of the dead had gone to rest. It was a place of ill gotten hopes. A place where things came to an end, and when we walked into its gates, those within me felt a loss profound and deafening.

She took me to a stone. I cannot say much about it. The name had been rubbed off by the wiles and ravages of the weather and the diabolical designs of age. The name was a vague impression, nothing more. A haunted spot in the world, a drifted history.

She turned to us and smiled. She pulled close, and Shadow wrapped his arms around her like the membranous wings of a demon pulling her close to devour her. She looked up at him and smiled softly. She closed her eyes and he bent for a kiss.

But raging out of the wastes of our mind came Guardian, hot and violent. He shoved Shadow back and sprang out into her arms. He very gently let her go and took a step back to bow and shake his head.

“Not for want, but for mercy.”

“You are the knight,” she said.

“And he is not,” she said. The words made no actual sense. They were a garble of nonsense to us. But the truth of them struck with finality in our heart.

“You are too—” But what was the end of that sentence? Pure. Elegant. Absolute. Was he going to say important, or maybe fragile? Could he tell her that she was sacred ground? She was a thing he could not allow Shadow to soil, or the end would come. For Guardian felt the guilt of Shadow’s actions profoundly. He felt the utter despair of every barb that Shadow threw. If Shadow caused him to hurt Truth, would the grief of it claim Guardian’s life? He had no way of finishing the sentence. He could only look at her, standing there on the verge of tears, on the edge of oblivion, and stare at the pristine thing that he would never possess.

She did not ask for the end of that sentence. She took Guardian by the hand and she looked into his eyes.

“Will you stay if just for a moment?” she asked.

He nodded and they stood before the nameless grave, setting there at its feet the happiness they might have known. They left it there like a gathering of flowers that would wilt and die in time.

Truth never came to talk to us at the door of the class again. She sat across the room and stared from the sopranos at the one she had puzzled out. The riddle that no other person would understand for six more years. For she had seen the faces of our diversity.

She had loved one of them.

One thought on “Truth”