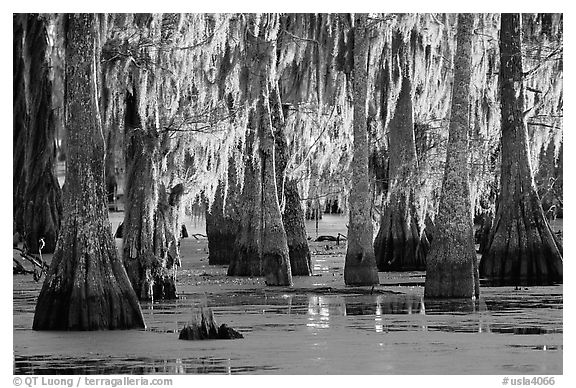 Not much can give you hope when you are just out of high school with no prospects. My family didn’t value education. I came from a family where I was the first in my line to graduate high school. My senior year caught me flat footed. By the time I looked up, it was too late to apply for loans and scholarships. The college application process was a vague mystery to me. No one ever told me to apply when there was a counselor to help me, and I was not raised with the skills to navigate the process. I had no idea what test to take. It was the logistics of the thing that baffled me.

So when friends started to vanish off to college, I began to panic. My initial plan was the Army. Serve your country, get your college paid for. But bipolar cut those prospects away. When that fell apart, I was kind of drifting. Didn’t know what to do, so I did nothing. I worked 60 hours a week at two separate jobs and waited for an answer to fall out of the sky.

A friend of mine, I will call Bravo, showed up one weekend and stopped by my house. We caught up and he got a little loud. He started yelling at me to get my shit together, told me I was supposed to be writing and that the world needed to hear me. All things friends had been telling me all year. All things that did nothing but make me feel terrible and hopeless. Then he asked to hear something I had written. Wanted me to read him what I had been working on. I pulled a beaten down composition book out of my beaten down backpack and I flipped to Bobby’s Song.

It was a period piece, a Southern Gothic about a little deaf mute boy who falls in love. It was dark, charming, and heartbreaking with a bit of horror and an uplifting ending. Bobby’s Song was at the time the very best I could do, and Bravo pulled back with a look on his face equal parts horrified and awestruck. He told me how good it was, and then he told me again.

He leaned back in my only chair and looked up at the ceiling with his mouth hanging open. He stared for a long time before looking at me with a grin.

“Why? What are you going to do with it?”

“I’m going to perform it. I’m a drama student, I am going to competition, by the end of the semester I need a dramatic piece to take to state. You gotta let me use Bobby! I have to use that piece.”

He explained to me that whatever piece he used needed to be published traditionally but he said it would not be a problem. He would lie his way around that bit of stumbling block. He pointed at me and snapped his fingers and grinned. “I’m taking Bobby.”

Well, we hung out for a few hours, went on a drive until real late, and after a long night he dropped me off at my house and was gone. I never gave him the story. Would never have ripped it out of my book even if he had asked for it, so I went to bed thinking nothing else of it.

At work, slinging Pizza Hut pizza, and I was called up front during a lag in the rush to talk to a woman I had seen maybe three times. Bravo’s mother was standing in front of me clutching her purse and a note book.

“Do you have it with you?” she asked sweet as pumpkin pie.

“Do you have it with you?” she said. “If you don’t, I will wait until you get off and we can go to your house and-”

“Bravo said to come down here and get Bobby. Said that you would know what I was talking about. He said that if his guess was right, you would have it on you.”

My jaw hit the floor.

She held up her notebook. “I brought paper. He told me you would not give me the comp book but that you might let me copy the story down and send it to him.”

It was months before I saw him again. When he came back to my house, he was on fire. “You will not believe this!” he said. “Sit down. You don’t want to be standing when you hear this.”

I sat. Confused and a little scared. See, I didn’t know what he was going to tell me. This was the guy who had brought my work to a college professor. This was the guy who had shown my work off to a man who should know better. I sat and tried to brace myself, but I knew there was no bracing for this. I was vulnerable. I was exposed. If this professor had denied the piece on its merits, what did this mean for me?

“He loved it,” Bravo said. “I showed it to my professor and he loved it. He looked at the writer’s name and didn’t recognize it. Asked who wrote it, and I told him you.”

I sputtered. “You said me?”

Bravo laughed. “Well fuck that, I didn’t say you, but I gave him your name. He said he needed to see the book it had come out of, and I told him it was at my grandfather’s house in Boston and I had copied it down. He said he had never heard of you before but he loved your work, loved your style. Wanted to read more.”

I was crying at this point. “What did you say?” I was riveted to my spot. Could hardly think, could hardly breathe. I kept hearing him say on a loop in my head. “Loved your work, Loved your style.”

“Few days later, he said he had read the story a few more times and had gone to the library looking for the writer.” What else could Bravo tell him?

See this was ’96. The internet was not at all what it is today. The search engines for this kind of thing just did not exist.

Bravo has never been caught unawares a day in his life. He looked this professor in the face and said, “I read a bio in the book I copied it from. Said the guy wrote in the thirties. That he lived in Louisiana his entire life and he died of tuberculosis at the age of twenty nine.”

I was at the time 20 and I had never been south past Springfield, Missouri. I looked at Bravo who shook his head. “Wait ’til you hear the best part. He took me for a walk. My professor took me on a walk, up the hall and a few flights up, and he brought to me a literature professor, knocked on the door, and a frumpy man opened it.”

Bravo leaned back in his chair and giggled. “Now I gotta tell you, I am a bit nervous. I look at the guy’s desk and he has a copy of Bobby’s Song on his desk. He shakes my hand and he looks me in the eye and he says, ‘Do you know how rare this story is?'” Bravo howled. “Dude, I almost shit my pants. This literature professor says, ‘I have not read the work of Jesse Teller since I was a boy.’

“This guy then goes on to say he is a southern writer professor from Georgia who has been reading Southern Gothic for his entire life. Jesse Teller, he says, is one of the rarest writers he has ever read because the man died so young and didn’t write much. The guy waved his hand around the room at copious stacks of books and said he had found him years ago and had been looking for Jesse Teller ever since.”

That night, sitting on my floor, I had to remember to close my mouth. “What is he talking about?” I said. I was too confused. Too confused to go on. Too shocked to hear much  more of the story. I stood up to feel my legs again, and I tossed Bravo a Dr. Pepper from the fridge.

“This Southern Gothic literature professor read Bobby, and heard the bullshit story I came up with, and didn’t want to have to say he didn’t know about him. He wanted to be able to say that he knew Jesse Teller’s work, so he lied, man. Jesse, this guy lied to save face. You tricked a Southern Gothic expert into thinking you were one of the lost greats.”

When you are without hope for college, unable to get yourself going in any career. When you work hard, unskilled jobs day and night and live side-by-side with a public that sees no worth in your work or education at all. When you struggle in all of the banality for any way to make yourself feel special so that your ever-so-fragile dream does not die a wasting death, and you get told a story like the one Bravo was telling me, I cannot tell you the impact it has on you.

In a wasteland of drudgery, in an utterly hopeless situation, hearing from your friend that your work is not only good but is being celebrated with the masters of Southern Gothic is a ray of hope that will never die.

When I can’t make a story work, when I get a bad review or have a bad work night, I sit back and think about that professor who read my work and thought it was so good he had to lie and say he knew me to keep his reputation.

Bobby’s Song was lost along with a lot of other pieces that blew away in the wind. No one will ever remember reading it when I am gone. But Bobby saved my life. He is the reason I am writing today. One little deaf mute boy. And a friend with a lie.